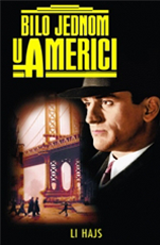 Six months after its American introduction in 1985, the Yugo was a punch line; within a year, it was a staple of late-night comedy. By 2000, NPR`s Car Talk declared it `the worst car of the millennium.` And for most Americans that`s where the story begins and ends. Hardly. The short, unhappy life of the car, the men who built it, the men who imported it, and the decade that embraced and discarded it is rollicking and astounding, and one of the greatest untold business-cum-morality tales of the 1980s. Mix one rabid entrepreneur, several thousand `good` communists, a willing U.S. State Department, the shortsighted Detroit auto industry, and improvident bankers, shake vigorously, and you`ve got The Yugo: The Rise and Fall of the Worst Car in History.


Brilliantly re-creating the amazing confluence of events that produced the Yugo, Yugoslav expert Jason Vuic uproariously tells the story of the car that became an international joke: The American CEO who happens upon a Yugo right when his company needs to find a new import or go under. A State Department eager to aid Yugoslavia`s nonaligned communist government. Zastava Automobiles, which overhauls its factory to produce an American-ready Yugo in six months. And a hole left by Detroit in the cheap subcompact market that creates a race to the bottom that leaves the Yugo . . . at the bottom.

By T. Hutton on March 16, 2010
Format: Hardcover Verified Purchase 12 of 13 people found this review helpful
As a former Yugo owner I had to read this book. But it`s more than a book about the Yugo. It`s about American excess, why communism failed, a business case study, and a brief history of Yugoslavia. All in just 213 pages. The pacing is brisk. The writing is impeccably clear and easy to read. It is well researched both through printed sources and interviews the author himself conducted. This book will probably stand as the authoritative history of the Yugo in America. Why would anyone write another? Very well done Professer Vuic.
1 Comment Was this review helpful to you?
Yes
No
Report abuse
Fascinating history and witty storytelling
By Kathleen Roberts on March 13, 2010
Format: Hardcover15 of 17 people found this review helpful
I loved this book! Jason Vuic weaves a tale that is so fascinating (and often hilarious) that I couldn`t put this book down. I found myself laughing out loud at Vuic`s stories of the Serbian autoworkers` booze-swilling on the assembly line floor and the cars rolling out of the factory with the rust marks already in place. I kept turning to my husband and saying, `You just won`t believe this!` Not only is it a darn good story, it`s also well-researched history. The footnotes are almost as interesting as the text itself. If you`re a car enthusiast, a Cold War history buff, or simply lived through the 80s, you`ll love this book.
Kathy
Comment Was this review helpful to you?
Yes
No
Report abuse
Automotive History and Internatinal Politics All in One
By D_shrink VINE VOICE on May 18, 2010
Format: Hardcover Verified Purchase 3 of 3 people found this review helpful
A very unique way to present an abbreviated history of the former Yugoslavia Federation and especially its Serbian state through its second largest industrial complex the the Zastava automobile complex that began producing the car known in America as the Yugo. The internal strife between the various Yugoslav states and the communist regimes way of doing things is well documented. But the majority of the book is devoted to the Malcolm Bricklin and associates who were the importers of the Yugo in America. He had also built a nasty piece of steel called the Bricklin, as he was a rather ego-maniacal personality. He had far too many other failed ventures to discuss in a short review, but needless to say most people have heard of the various companies from the Handyman Hardware stores of the 1960`s to the Proton automobile manufactured in Malaysia by Mitsubishi. Mr. Brickln was rather a rogue and an idea man rather than a nuts and bolts type of entrepreneur. He lived large and fast flying his own helicopter and renting out the Tavern on the green for a dealers breakfast, but not checking the guest list, so that a bunch of freeloaders came in for the free grub. The book is written in a factual but still quite humorous manner. The book is listed at 262pp, but the actual reading material stops on page 213, with the rest being supporting notes. The nice thing about the author`s writing is that he doesn`t bother the reader continually by stopping to say who said what to whom, but allows you to look on the index pages to see where he got his information. The author is an asst. professor of European History and I would be interested in taking a class from him were I still in the college age group. Try the book, you`ll not want to put it down until you see how it ends; well all except for the Yugo itself. But then again even that is in debate as the last chapter indicates it may still arise with a African nameplate in the future.
Comment Was this review helpful to you?
Yes
No
Report abuse
Amazing History
By TV Tuner on April 7, 2010
Format: Hardcover Verified Purchase 3 of 3 people found this review helpful
I bought the audio CD version,and I am glad I did.The voice of the narrator is just perfect for the task of telling the tale of Yugoslavia,Malcolm Bricklin,and the lowly Yugo.
What an amazing story it is.Who would have ever imagined so many behind the scenes goings on over the whole Yugo America operation.The average carbuyer would never realize the full story of the struggle that Yugo faced in marketing their low budget car here,in a country that treated it with total disgust.The audio version is very easy to get hooked on,wanting more even after the final chapter has run.
Its easy to see,thanks to this expose,that Yugo America was a fantasy-driven importer,the car was not USA-worthy,Zastava was a shoddy manufacturer,and those Yugo dealers were lied to and taken for a ride,and they seemingly turned hostile towards unfortunate Yugo owners.The whole enterprise was a scam,one of the biggest scams ever foisted on America,and this tale is one amazing account of one unbelieveable era in time.A time,that with todays market,and environmental/regulative demands,will never come again.
Comment Was this review helpful to you?
Yes
No
Report abuse
Funny, True, Sad
By matt8386 VINE VOICE on October 17, 2010
Format: Hardcover2 of 2 people found this review helpful
The funny parts of this book are the jokes about the Yugo and what a terrible car it was. Not so funny for those who bought one, or even worse, were involved in the investments to bring the Yugoslavian import to American. The tale of the car itself is simple. It was a Fiat knock off, poorly built, underpowered but cheap. This book is really about the man Malcolm Bricklin who conned a lot of folks into investing in his idea to sell the Yugo in the US.

Macklin obviously had a talent for selling his ideas. Author Jason Vuic calling Macklin an `entrepreneur` is generous. Crook, thief, con-artist are also words that may apply. Much of the money that was to go to improve the quality of the car went instead into Macklin`s home, lavish offices and lots of family on the payroll. The perfect storm of greed and lack of common sense on the part of the investors eventually wore off and led to the bankruptcy of Macklin, his company, and the Yugo. At times, it reminded me of the problems that led up to the over inflation of the US housing industry, its collapse and bankruptcy of many folks who were seduced by the thought of an easy profit.

This is a very quick, entertaining, informative book. Great read for anyone who ever owned a Yugo, fans of the automobile industry or those who want to experience the thrill of pulling off a dream and the collapse of a dream due to greed.
Comment Was this review helpful to you?